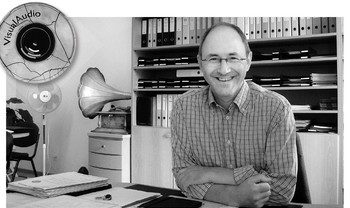 Lecture on Preservation and Valorization of Sound Archives

This talk is organized in the frame of the lecture “Patrimoine, Numérisation et Projet Collaboratif”

Pio Pellizari is the former Director of the Swiss National Sound Archives. He studied musicology, roman philology and French literature. He was a scientific collaborator for musicology at the libraries of the Universities of Lausanne and Fribourg elaborating musical inheritance and producing catalogues of musical works. He taught music at the state secondary school of Fribourg and was scientific librarian at the University of Fribourg, creating a sound archives for the University. In 2003/04 he has been invited professor at the University of Zürich. Since 2005 , he is Vice-President of IASA and chair of the Training&Education Committee. He leads the international training program and acts in the IASA yearly conference programs selection.