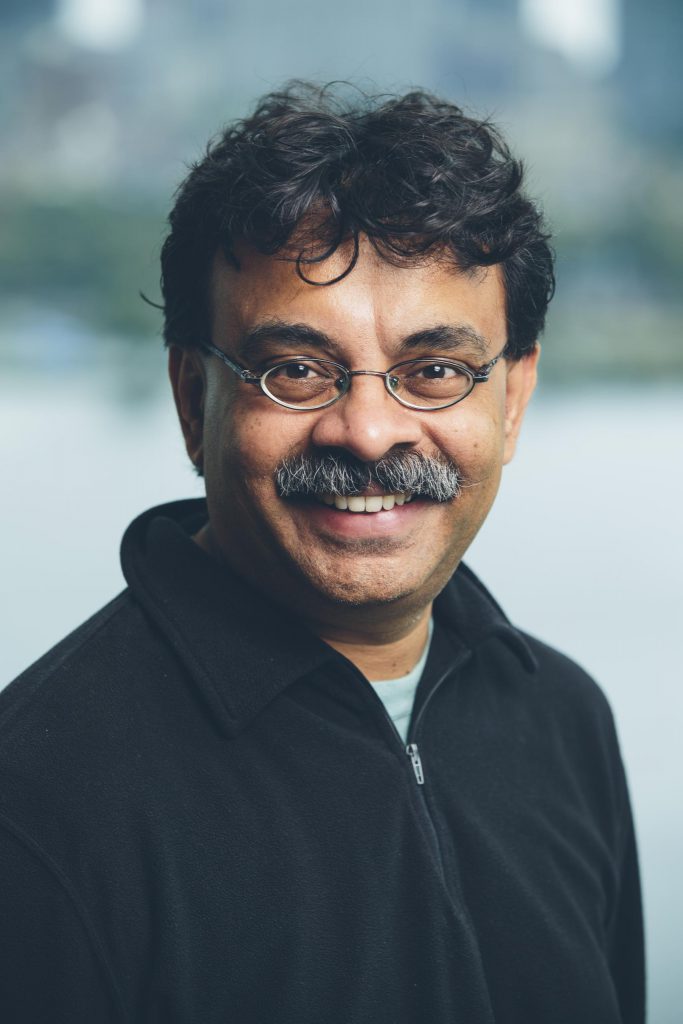 Madhu Sudan is a Gordon McKay Professor in the John A. Paulson School of Engineering and Applied Sciences at Harvard University, where he has been since 2015. Madhu Sudan got his Bachelors degree from IIT Delhi in 1987 and his Ph.D. from U.C. Berkeley in 1992. Between 1992 and 2015, Madhu Sudan worked at IBM Research (Research Staff Member 1992-1997), at MIT (Associate Professor 1997-2000, Professor 2000-2011, Fujitsu Chair Professor 2003-2011, CSAIL Associate Director 2007-2009, Adjunct Professor 2011-2015), and at Microsoft Research (Principal Researcher, 2009-2015).  Madhu Sudan’s research interests revolve around mathematical studies of communication and computation. Specifically his research focusses on concepts of reliability and mechanisms that are, or can be, used by computers to interact reliably with each other. His research draws on tools from computational complexity, which studies efficiency of computation, and many areas of mathematics including algebra and probability theory.

One of the basic goals of the theory of computing is to model behaviour of “intelligent” systems (computers or humans). Behaviour includes ability to acquire information (or knowledge), analyzing it (or reasoning) and communicating it. The theories of Turing (universal computation) and Shannon (reliable communication) offer the foundations for this study covering much of the terrain.  And the remarkable progress in the technologies of computing and communication is a testament to the success of these theories. Unfortunately this success has also exposed problems in the intersection of the two fields that neither captures adequately. In our work on “communication amid uncertainty” we explore some such problems, where the ability of two communicating entities to compute allows them to acquire large *mostly* common context. The commonality of the context should enable communication to be even more efficient. On the other hand the “uncertainty” about the context (the fact the context is only mostly common) leads to novel mathematical questions that challenge the fundamental aspects of the classical theories. In this talk we will briefly describe some of the questions and our (partial) answers in this setting of communication with uncertainty.