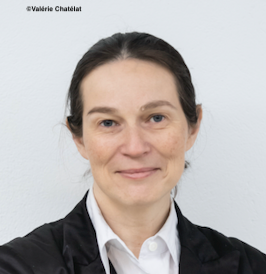 Claire Clivaz is Head of the Digital Humanities + group at the SIB Swiss Institute of Bioinformatics (Dorigny Campus). The DH+ group fosters the collaboration between Humanities and Bioinformatics researchers around DH research projects, an interdisciplinary work that has started in 2015 at SIB. As European research partner, DH+ has participated to the Erasmus+ strategic partnership #dariahTeach (2015-2017) and to the H2020 project DESIR, led by ERIC DARIAH (2017-2019). It is now a DARIAH LTP partner in the H2020 project OPERAS-P, inquiring about the new scholarly models of writing. In 2018, SIB has become a DARIAH cooperating partner, and in 2020 DH+, member of SIB, has become  an OPERAS ordinary member.

She belongs to several scientific or editorial boards, is co-director of the Brill DBS series with Ken Penner (St-François Xavier University), and is an elected member of the Conseil scientifique of the Ecole Pratique des Hautes Etudes (Paris). She was a member of the swissuniveristies programm CUS-P2, and co-organized several scientific meetings in Lausanne, like the DH2014 with Frédéric Kaplan, or the closing conference of the #dariathTeach Erasmus+ project in 2017. In September 2020, the MARK16 SNSF project will welcome an international conference co-organized with Garrick Allen (Dublin City University), Virtual Research Environments and Ancient Manuscripts.